Suspected ear infections or otitis media account for over 35% of all pediatrician visits in the United States – about 30 million doctor visits a year. Is that the right thing to do? Do you take them to the doctor or is there other ways? There are finally some great studies proving other ways may be more effective.

Many people are now turning to Chiropractic instead of traditional medicine to deal with ear infections for children. Chiropractors attempt to get to the root cause of a health problem rather than just treat the symptoms. 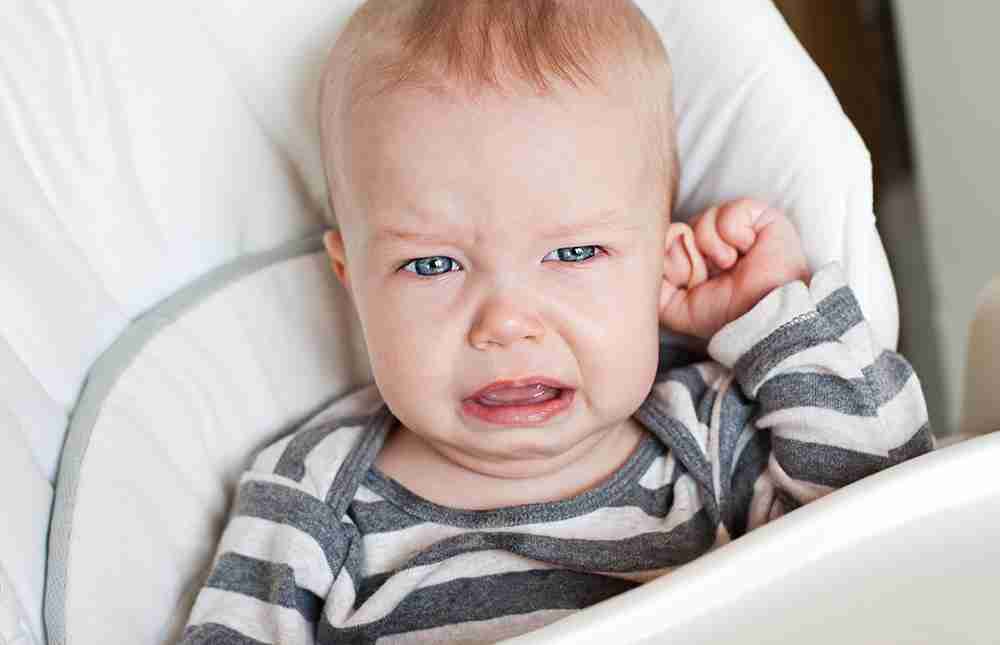 Ear pain is the number one reason for child visits to chiropractors.

Misalignments of the spine (also called subluxations) can occur during childbirth or from a fall or tumble. Misalignments undiscovered or left untreated can irritate or inflame the nerves and can affect the Eustachian tube, leading to fluid buildup in the middle ear. The purpose of a chiropractic adjustment is to help to restore the normal functioning of the nervous system so the body can heal itself without the use of drugs or surgery.

Antibiotics, the usual allopathic treatment, are not consistently effective and often lead to a recurrence of ear infections. Studies show, the higher recurrence rate among children who took amoxicillin could be due to a depression of their body’s natural immune response as a result of taking an antibiotic in the early stage of infection. Antibiotic use in such cases may cause an “unfavorable shift” toward the growth of resistant bacteria, setting up a continuing cycle of repeat ear infections, which lands them back at the pediatrician for more antibiotics. (source)

Even the CDC says “antibiotics are not recommended to help treat many ear infections”.

A promising study published in the Journal of Clinical Chiropractic Pediatrics indicates that there is a strong correlation between chiropractic adjustments and the resolution of ear infections. 332 children with chronic ear infections participated in the study. Each child, ranging in age from 27 days to 5 years, was given a series of chiropractic adjustments. The results show that close to 80% of the children did not experience another ear infection within the six-month period following their initial visits.

In a recent study by ICPA it concludes that Chiropractic care is MORE effective and reduces symptoms faster than traditional allopathic care.

The Role of the Chiropractic Adjustment in the Care and Treatment of 332 Children with Otitis Media Fallon, JM. Journal of Clinical Chiropractic Pediatrics Vol 2, No. 2 1997 p.167-183.

From the abstract: This pilot study included children from 27 days old to five-years-old, was on the effects of chiropractic adjustments on children with otitis media used tympanography as an objective measure.

The results indicate that there is a strong correlation between the chiropractic adjustment and the resolution of otitis media for the children. Note: 311 of the 332 had a history of prior antibiotic use. 53.7% of the children had their first bout of otitis media between the ages of 6 months and 1 year and a total of 69.9% of the subjects in the study had their first bout of OM under a year of age. This is consistent with the findings of other studies.

Even though this study is not definitive and more scientific research needs to be done in this area, chiropractic treatment is a conservative, drug-less approach to consider trying if your child has a history of chronic ear infections.

1. As long as the eardrum hasn’t ruptured, often using garlic or garlic/mullein oil ear drops in the affected ear will cure an ear infection without paying to go to either one. You can also make your own garlic-infused oil with:
1 clove of fresh garlic (organic if possible), minced
2 tablespoons of high quality olive oil or sesame oil

The fastest way is to heat the olive oil in a small pan or double boiler (preferred) and add the minced garlic. Then, keep on very low heat for about 20 minutes to let the beneficial properties of the garlic infuse into the oil. At this point, strain the garlic and remove. Let the garlic cool to just skin temperature and place two drops in the ear. The warmth and the oil often offer fast relief. Since fresh garlic is used, I make a new batch of this mixture every 24 hours if needed rather than keeping the remaining oil, since bacteria can potentially grow from the garlic.

2. For stubborn cases parents can drop a little vinegar in the ear (and then drain it) to help cleanse the area.

3. and often removing dairy from the diet helps so the mucous membranes do not feel overly taxed and this allows the child to get ahead of the infections.

Stay Fit in Body and Mind

Now perhaps the most important way to protect your body and mind against aging: working out and to stay fit! That’s right: body and mind. Your brain’s primary purpose is to move your body and a huge amount of your grey matter’s real estate is dedicated to exactly that...
Read More

If you’re going to be as productive as possible, then your diet is incredibly important to consider. Ultimately, what you eat is your main source of fuel and if you aren’t getting enough of it, then you’re going to feel low on energy. This is something that a lot of...
Read More

Suspected ear infections or otitis media account for over 35% of all pediatrician visits in the United States – about 30 million doctor visits a year. Is that the right thing to do? Do you take them to the doctor or is there other ways? There are finally some great...
Read More

Are you experiencing frequent negative health symptoms like back pain, headaches, or stress? Pain medications can only do so much, and they won’t fix your problem. Chiropractic adjustment benefits more than just the symptoms, it corrects the root of the problem!...
Read More

Many people are now turning to Chiropractic instead of traditional allopathic resources to treat ear infections in children.  But the questions begs to ask, is this form of treatment and care more effective? Click link below to read more!   Source: New Study...
Read More

If you suffer from mild to moderate depression, you may be interested in natural treatments. Even cases of severe depression may benefit from natural remedies in conjunction with medication. Natural treatments for depression run the gamut from supplements to lifestyle...
Read More

A healthiest countries report was released on February 24, 2019 showing the USA is ranked 35th worldwide. This study, the "Bloomberg 2019 Healthiest Countries Index" ranks the 169 largest economies according to factors that contribute to overall health. This study...
Read More

Give Children The Time They Need!

First, I want to say this... Give Children Time! I also want everyone to know that this literally happened right before my eyes. During the last year of pre-mom life I spent one last year in an administrative role in a public school system dealing with the math...
Read More

“Why don’t M.D.s believe in Chiropractic?” is a question that patients may ask their neighborhood Chiropractors. Indeed, after years of the medical runaround—drugs, more drugs, perhaps surgery and more surgery patients have often reported ‘miraculous’ cures in...
Read More

Chiropractic history extends at least as far back as written records exist.  Writings that found their birthplaces in China and Greece spoke of chiropractic techniques wherein adjustment of the spine was used to ameliorate back pain. The famous Greek physician...
Read More

Back Pain and Treatment Options

At one point in time, we all experience back pain.  For some, it was just exercising too hard or improperly lifting a box.  These types of back pains are usually minor and the pain will subside with time and self-care. There are however, instances in which back pain...
Read More

Give Us A Review