“Why don’t M.D.s believe in Chiropractic?” is a question that patients may ask their neighborhood Chiropractors. Indeed, after years of the medical runaround—drugs, more drugs, perhaps surgery and more surgery patients have often reported ‘miraculous’ cures in Chiropractic offices. They then rightfully want to know why their M.D.s never suggested they go to a Chiropractor in the first place. But long ago, Henry Winsor, a medical doctor in Haverford, Pennsylvania felt that Chiropractic should be investigated.

“I wonder how Chiropractors can claim such good results” he wondered. “They claim that by ‘adjusting’ the fifth thoracic vertebrae, between the shoulder blades, they can relieve stomach troubles and ulcers, by ‘adjusting’ a lumbar vertebrae they can relieve menstrual cramps, by ‘adjusting’ the fifth cervical vertebrae they can correct thyroid conditions and so on with kidney disease, constipation, heart disease, lung disease, and many other conditions, but how can they do that? We M.D.s criticize them, but what if they really have discovered a new drugless way to treat disease?”

After graduating medical school Dr. Henry Winsor investigated Chiropractic and Osteopathic literature and was inspired to perform an experiment. He would dissect human and animal cadavers to see if there was a relationship between any diseased internal organs discovered on autopsy and the vertebrae associated with the nerves that went to the organs.

As Dr. Henry Winsor wrote: “The object of these necropsies (dissections) was to determine whether any connection existed between minor curvatures of the spine on the one hand (Subluxations) and diseased organs on the other, or whether the two were entirely independent of each other. Were Chiropractors right in their theory that a misaligned vertebra impinging a nerve going to the kidneys could weaken the kidneys and cause kidney diseases, or did one not have anything to do with the other? The University of Pennsylvania gave Dr. Henry Winsor permission to carry out his experiments, in a series of three studies he dissected a total of seventy-five human and twenty-five cat cadavers. What did the necropsies reveal? Was there a relationship between diseased organs and the spinal column? 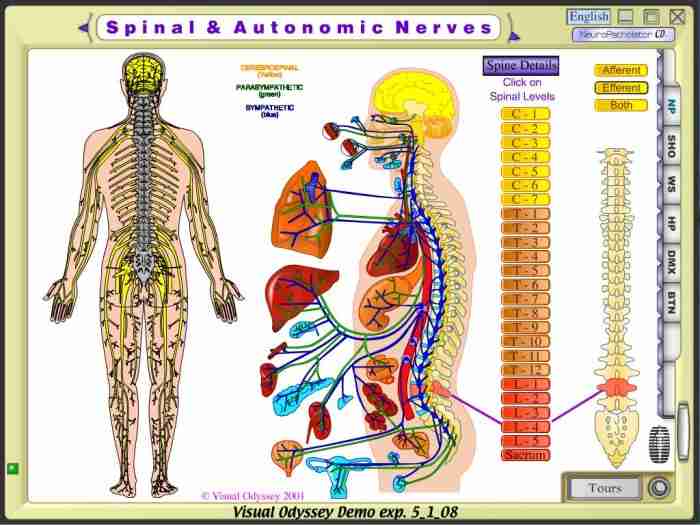 In other words, there was nearly a 100% correlation between ‘minor curvatures’ of the spine and diseases of the internal organs.”

Let us examine some of these disease categories:

STOMACH DISEASES Nine cases of stomach disease all had spinal misalignment in the mid-dorsal or thoracic spine (between the shoulder blades).

LUNG DISEASE Twenty-six cases of lung disease had spinal misalignment in the upper dorsal region, an area slightly below the neck.

LIVER DISEASE Thirteen cases of liver disease were associated with misalignment in the lower mid-dorsal region.

PROSTATE AND BLADDER DISEASE Eight cases of prostate and bladder disease had the lower back vertebrae misaligned (specifically the 1st, 2nd, and 3rd lumbar vertebrae.)

THYMUS Two cases of thymus disease had lower neck and upper back misalignment.

Dr. Henry Winsor’s results were published in the respected medical journal, The Medical Times, and can be found in any medical library. But Dr. Henry Winsor was not alone in his findings for similar studies by other researchers over the next few decades would confirm his initial conclusions.

A WELL ALIGNED SPINAL COLUMN IS ESSENTIAL FOR A HEALTHY BODY.

So, although many medical doctors are ignorant of the relationship of the spinal column to disease, the medical literature contains many examples proving Chiropractic’s theory and effectiveness.

Perhaps you or someone you care about should have their spine receive a thorough checkup. Call 309-685-5777 or email us at info@hhcpeoria.com. Serving Peoria, IL and vicinity.

All quotes taken from Winsor, H., Sympathetic Segmental Disturbances- 11. The Evidence of the Association in Dissected Cadaver of Visceral Disease with Vertebral Deformities of the Same Sympathetic Segments, Medical Times, 49 1-7 Nov. 1921!

Stay Fit in Body and Mind

Now perhaps the most important way to protect your body and mind against aging: working out and to stay fit! That’s right: body and mind. Your brain’s primary purpose is to move your body and a huge amount of your grey matter’s real estate is dedicated to exactly that...
Read More

If you’re going to be as productive as possible, then your diet is incredibly important to consider. Ultimately, what you eat is your main source of fuel and if you aren’t getting enough of it, then you’re going to feel low on energy. This is something that a lot of...
Read More

Suspected ear infections or otitis media account for over 35% of all pediatrician visits in the United States – about 30 million doctor visits a year. Is that the right thing to do? Do you take them to the doctor or is there other ways? There are finally some great...
Read More

Are you experiencing frequent negative health symptoms like back pain, headaches, or stress? Pain medications can only do so much, and they won’t fix your problem. Chiropractic adjustment benefits more than just the symptoms, it corrects the root of the problem!...
Read More

Many people are now turning to Chiropractic instead of traditional allopathic resources to treat ear infections in children.  But the questions begs to ask, is this form of treatment and care more effective? Click link below to read more!   Source: New Study...
Read More

If you suffer from mild to moderate depression, you may be interested in natural treatments. Even cases of severe depression may benefit from natural remedies in conjunction with medication. Natural treatments for depression run the gamut from supplements to lifestyle...
Read More

A healthiest countries report was released on February 24, 2019 showing the USA is ranked 35th worldwide. This study, the "Bloomberg 2019 Healthiest Countries Index" ranks the 169 largest economies according to factors that contribute to overall health. This study...
Read More

Give Children The Time They Need!

First, I want to say this... Give Children Time! I also want everyone to know that this literally happened right before my eyes. During the last year of pre-mom life I spent one last year in an administrative role in a public school system dealing with the math...
Read More

Chiropractic history extends at least as far back as written records exist.  Writings that found their birthplaces in China and Greece spoke of chiropractic techniques wherein adjustment of the spine was used to ameliorate back pain. The famous Greek physician...
Read More

Back Pain and Treatment Options

At one point in time, we all experience back pain.  For some, it was just exercising too hard or improperly lifting a box.  These types of back pains are usually minor and the pain will subside with time and self-care. There are however, instances in which back pain...
Read More